How to format numbers, dates, etc. within AX 2012 in both forms and reports 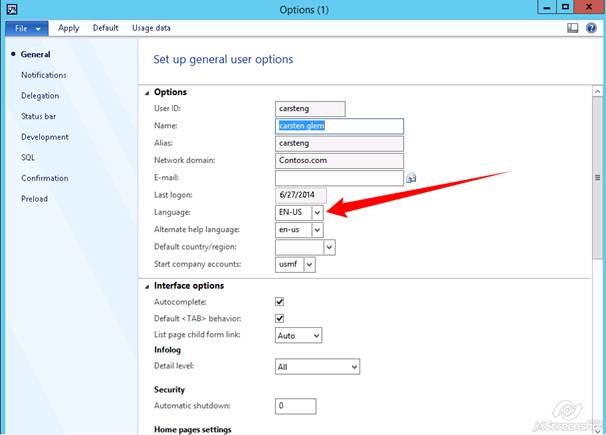 In other words, reports formatting is controlled through the AX user’s setup in the Options section. This can be easily setup for various locations.

Forms formatting can also be setup alternatively for different users, but it is dependent on how the AX infrastructure is setup (how and where the AX client is installed).

If the AX client is installed on each individual user’s desktop computer, then each desktop’s windows setting is controlling the formatting in the forms. If the AX client is running in a Citrix/remote desktop type structure the users are most likely running the same AX client and therefore all the user’s formatting in the forms will be the same. In this case, we have at least two separate Citrix/remote desktop computers with each including an AX client, so one location would be using one of these (with windows setup for geographically local number formatting) and the other location would be using the other (with windows setup for geographically local number formatting).

Purchase order invoice: When product receipt is higher than the actual invoice amount

How to use negative and positive days in Dynamics AX